Community on Solid Ground in London

Manchester Museum is the first national partner of the Object Journeys project and they are collaborating closely with Community on Solid Ground, a local organisation that is driven to improve the life opportunities, personal development, health and wellbeing of its local community in Manchester.

The purpose of the trip was to physically access parts of the British Museums South Asian collection and in particular textiles and embroidered clothing from Pakistan. The women, who are also working on their own Heritage Lottery funded project which aims to capture and recreate hobbies and past time from South Asia, specifically embroidery and sewing, were most interested in seeing examples of clothing, shawls, jewellery and decorative materials. Together with British Museum conservators, curator and museum assistants the women examined and investigated fine examples of mainly Pakistani textiles and jewellery from the Museum stores 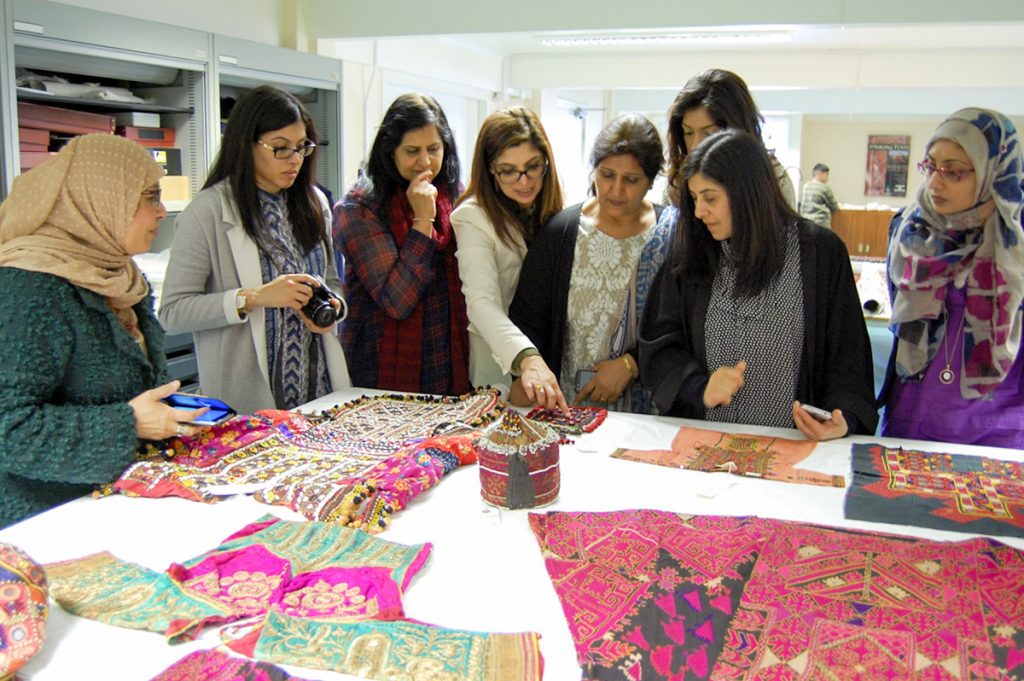 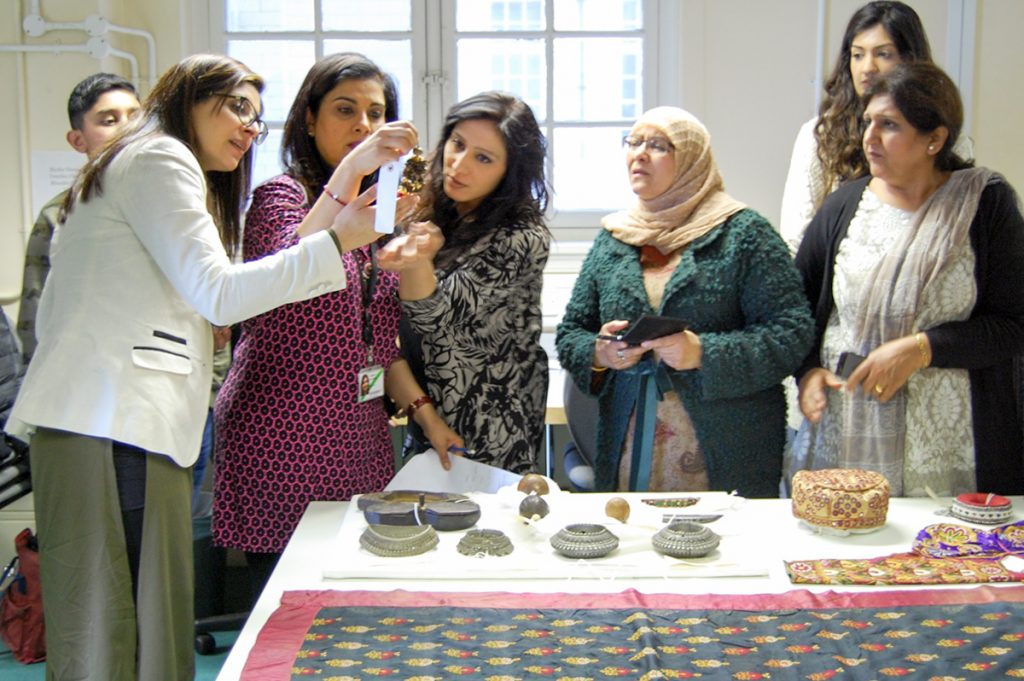 Textiles with intricate detailing and elaborate stitching as well as those that require complex techniques were of great interest to the group. They discussed the processes and skills needed to create such garments and reflected on whether they or indeed older members of their group, not present at the visit, would be able to recreate these themselves. 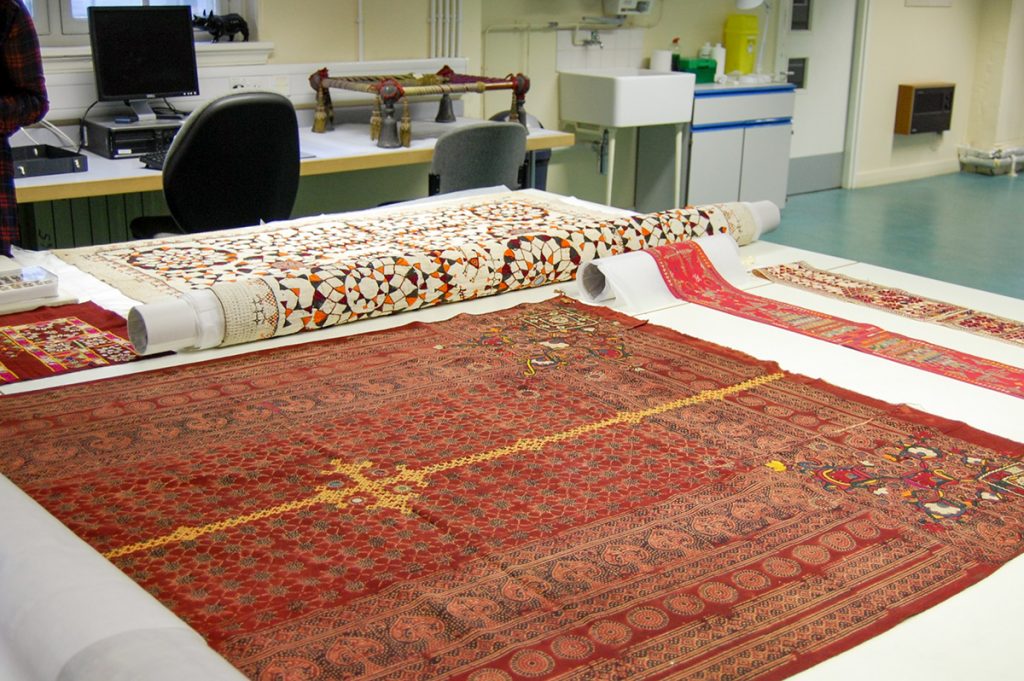 Man’s Wedding Shawl or Malir. This cotton shawl would have been made for a groom by his bride and is richly decorated with embroidery, mirror work and printing. 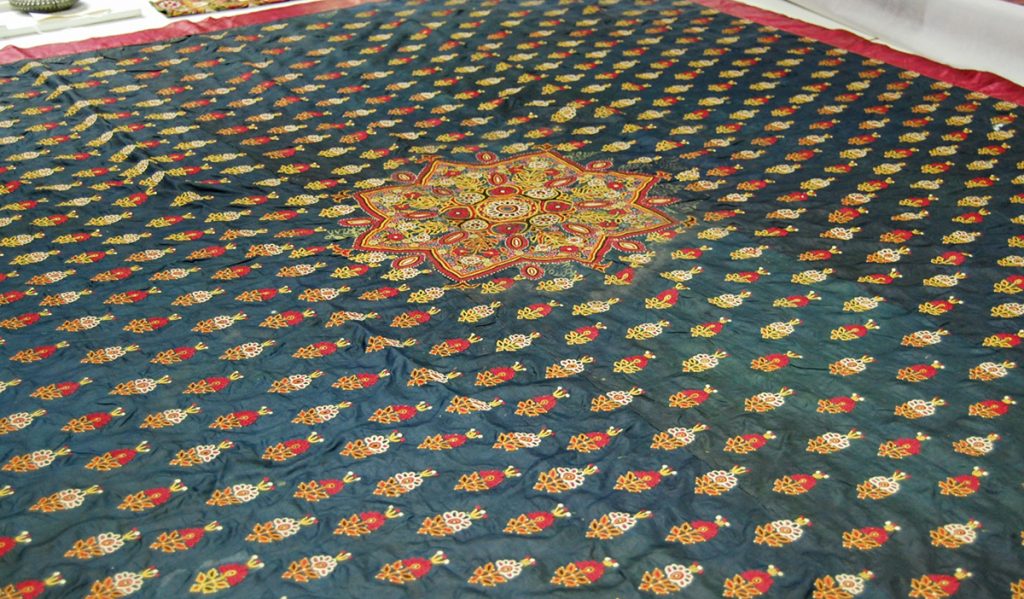 Late 19th/early 20th century Odhni, or rectangular shawl of black-ground silk from Kutch region in Gujarat, Embroidered all over with a chain-stitch style, with a mass of stylised floral motifs and a star-shaped cluster of dense embroidery and mirror-work in the centre. 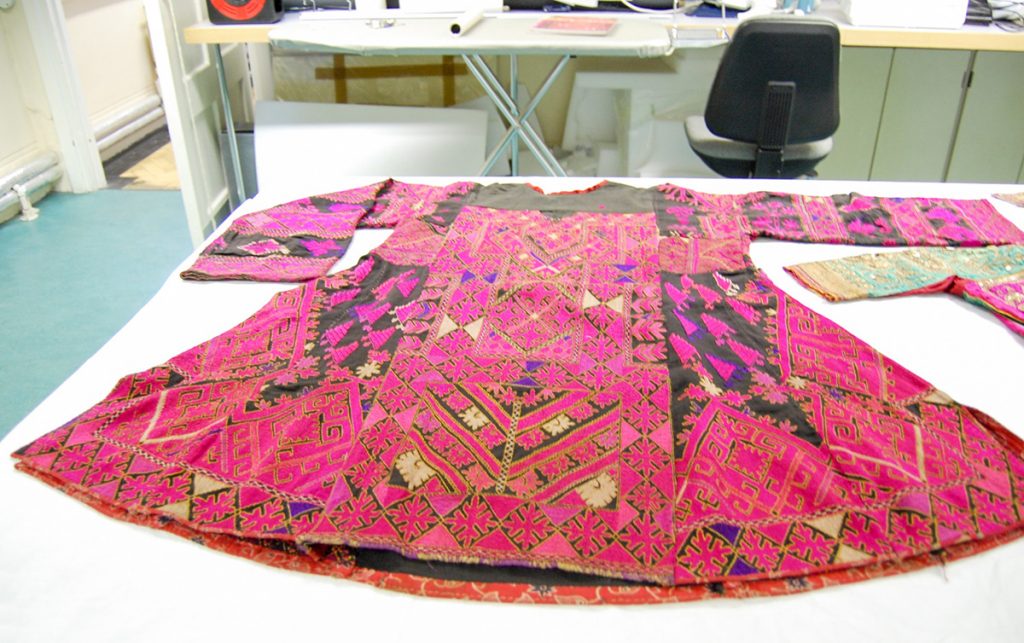 The objects also encouraged the women to reflect on how style, fashions and culture both changed and remained constant over the years and what the major shifts they had noticed in their own lifetimes here in the UK compared to their parents and grandparents who would have been born in Pakistan. 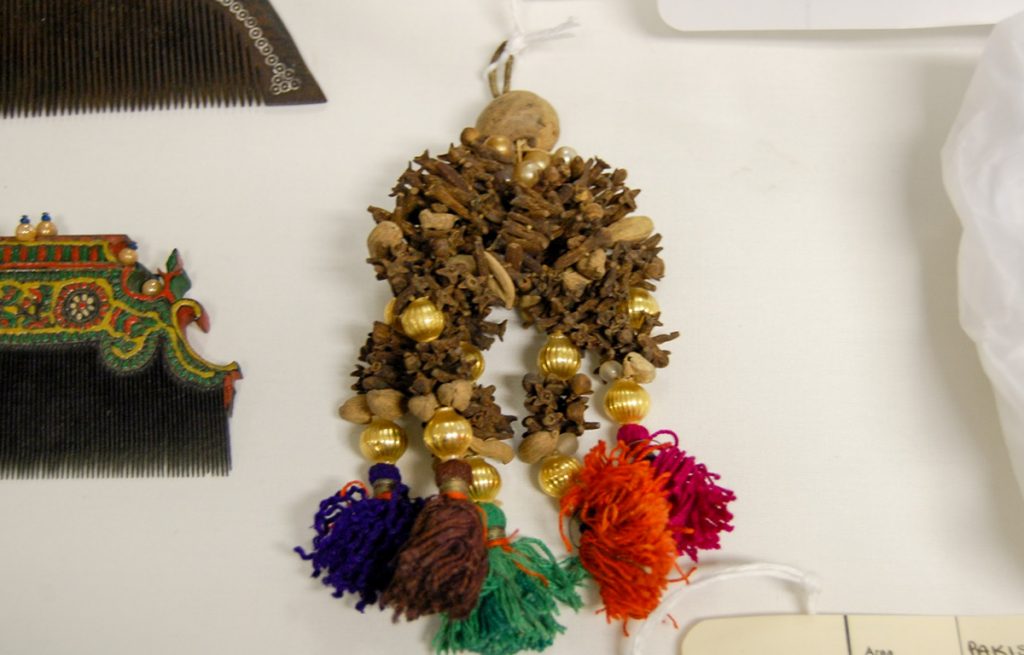 The women considered how ornaments such as this using pom-poms and coloured threads are still very much part of Pakistani culture and used for decorating hair, furnishing and clothes today 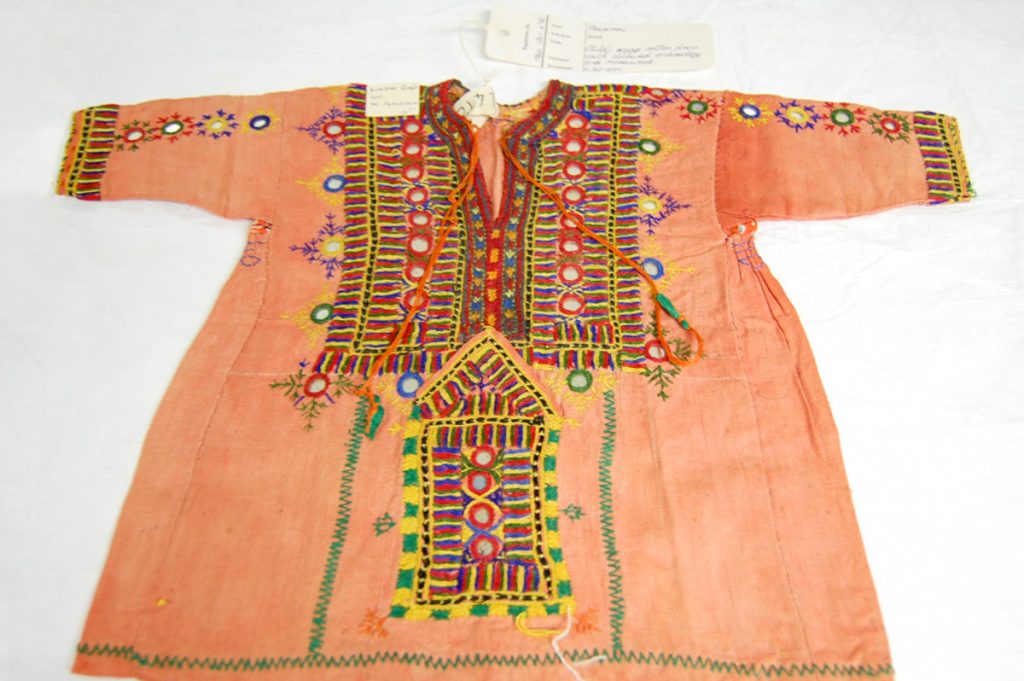 The patterns and colours seen in the historic garments are still used today in contemporary South Asian fashion though the production techniques may not be the same with many garments machine made and printed rather than hand-sewn.

After a wonderful couple of hours exploring the collection, investigating the textiles in great depth, sharing stories and exchanging information on the objects brought out from the stores the women advised both Museum partners on which objects (three textiles) they would like to borrow. These objects will be leant to the Manchester Museum and installed in a collaboratively produced display in the Museums Living Cultures gallery.