Connecting to the collection

For the recent Object Journeys community partners this ‘Celebrating the work of families’ project was the first time any of them had worked with museum collections and each found personal connections with different objects throughout our exploration. Below two of the group share objects that touched and spoke to them in special ways.

For Keji Dixon, a woman of Nigerian background, the Ibeji statues, stood out. Ibeji (meaning twin), is a Yoruba word. The Yoruba from South Western Nigeria and of neighbouring Benin Republic (formerly known as Dahomey) have the highest rate of twins in the world. “Twins are an important part of my heritage and their stories should be handed down through the generations. For me twins hold a certain magic, they have secrets no one knows or can understand.  I am intrigued by, the behaviour of Ibeji. They hold something that no one can penetrate and at times one wonders if they could be one person? I have often wondered what it would be like to be a twin. There is an air of secrecy about them. Coming from the part of the world which has the highest percentage of twins, makes me feel quite honoured. I am related to someone who was the only surviving twin out of 3 sets. I even hoped that I would have twins”. 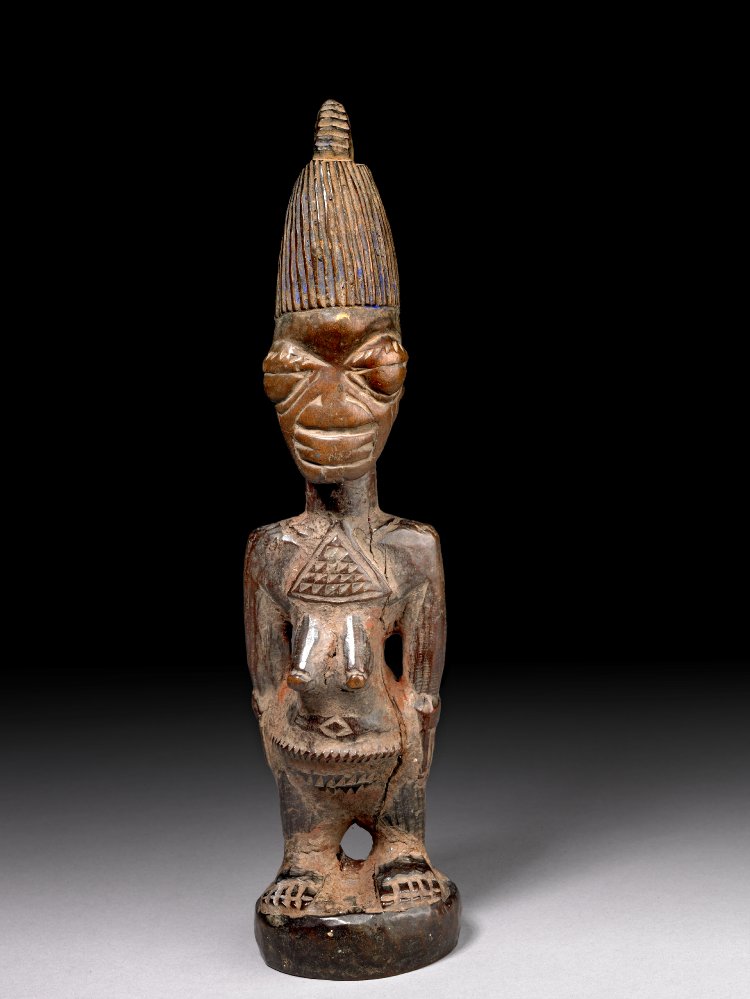 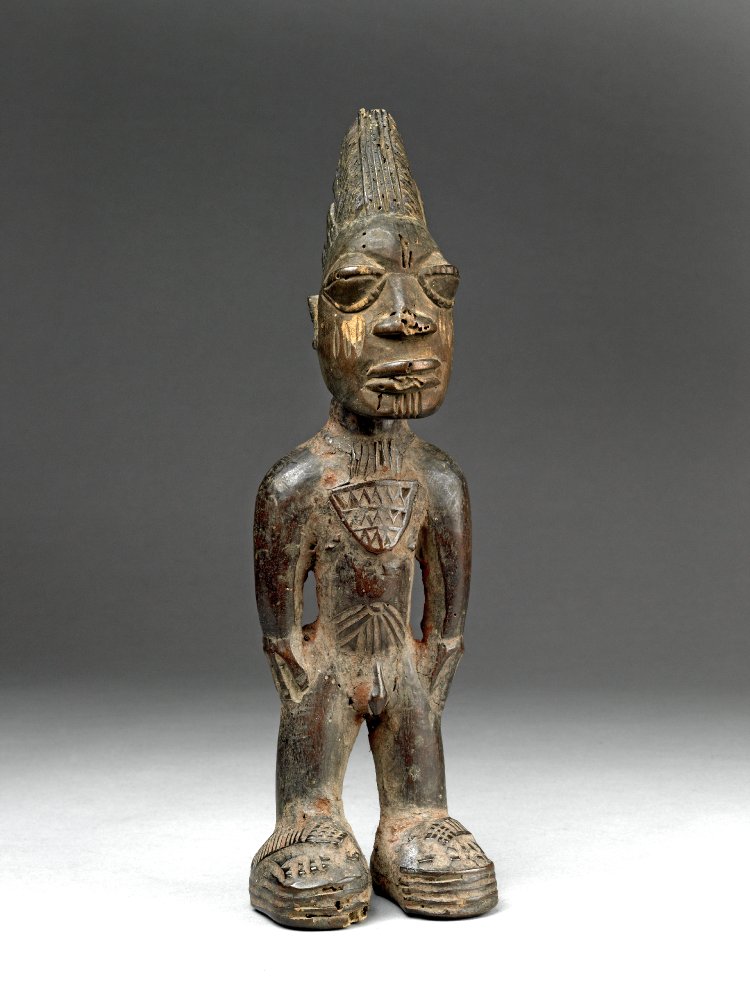 Years ago twins were rejected in Yoruba culture. They were thought to bring bad luck to the family and also to the community and the mothers were sometimes banished from their villages. Today the birth of twins is a reason for rejoicing and great celebration depending on the status of the parents. Although the twins can be an added financial burden, they are thought to bring great fortune, good health, happiness and fertility to the family and the communities they are born into. The Yoruba believe that special ceremonies should be performed and special food served to the twins so the family can maintain favour with the gods. For some, the twins are thought to be the divine children. The mother is also thought to be doubly blessed and is given the title of Iya Beji (meaning; mother who gave birth to two). Twins are given special names regardless of their sex. The first twin to enter the world is called Taiwo (meaning: having the first taste of the world) and the second to be born is called Kehinde (meaning: arriving after the other). Although Taiwo is the first to be physically born they are considered the younger of the two as they are sent out almost as a scout by Kehinde who is thought to be cautious and reflective therefore earning the title of being the oldest of the two; whereas Taiwo is supposed to be curious, adventurous and possibly a little reckless.

The Ibeji are thought to share the same soul so if one twin should die the Babalawo (meaning: priest of the community in Yoruba language) will commission an artist for a special carving to be made to house the soul of the deceased twin. If both twins die two statues are made. These effigies are washed fed and clothed on a regular basis by the family – first by the parents and later by the remaining twin.  At least once a year the mother may dance with and sings special songs to the effigies, holding them tightly in her hands or her wrapper. Although the wooden statues represent dead babies, they are never spoken of as being dead. They are said “to have travelled” or “gone to the market”.The Ibeji statues are carved from wood and they are carved by artists who give them their own look. The shape of the heads, the facial expressions and the hairdo are all decided upon by the artist. Although they are treated like children they are made to look like adults and are not carved in the exact likeness of the deceased child but they do have genitalia to distinguish male from female

Monica Gittens explains her overall experience of the project and how she  and the group connected with two particular objects:

Having joined the group two months late I went on to join the eight other projects partners to work on the development of the Object Journeys: celebrating the work of families display and project. We looked at different objects from the Africa, Oceania and Americas collections at the British Museum. The third Object Journeys project was based around the theme of family and explored the ties that bind families and communities together regardless of culture or beliefs. We also looked at the what unite us as families such as love, care and guidance.

The objects on display are all tied to these themes of family support, care and working together. Nicholas Mukomberanwa’s group sculpture, ‘Family’, depicts a tight group of people their hands and arms interlocking, their smiling faces serene and content looking. This family is ageless, genderless and without defined roles, but they are strong in their unity and affection. 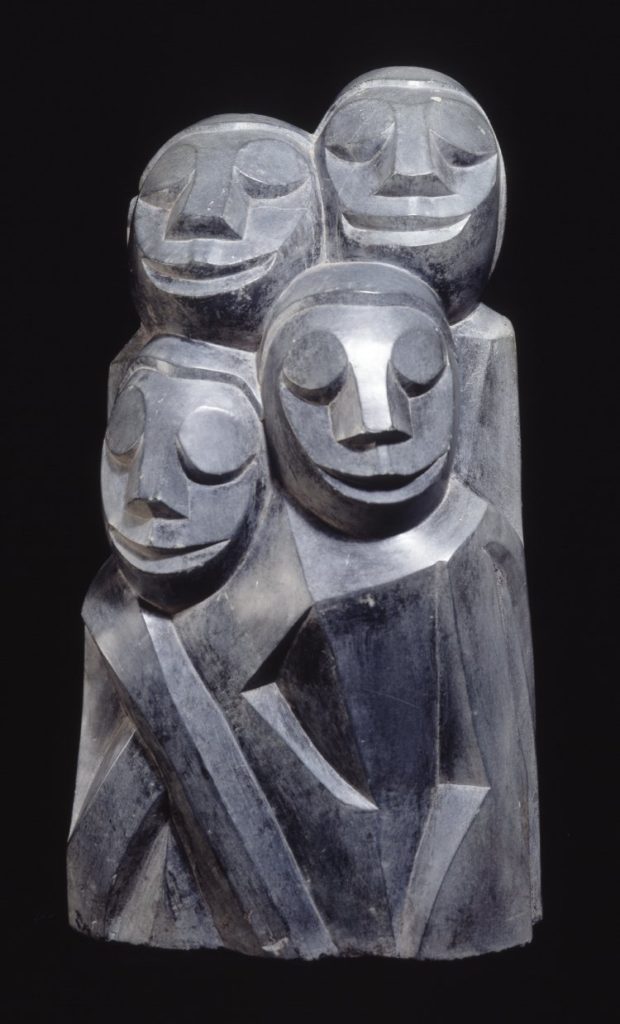 © The Trustees of the British Museum

The group were very much in harmony regarding the choice of including the Brazilian mother figure – she becase a key object in our display. Made in Apiai, southeast Brazil, the mother figure spoke to all of us. We saw this statue as depicting the bond between mother and baby. The mother calms, comforts and feeds the child and you can almost feel the bonds of love and togetherness between them. Bonds that are emotional, nourishing and physical. 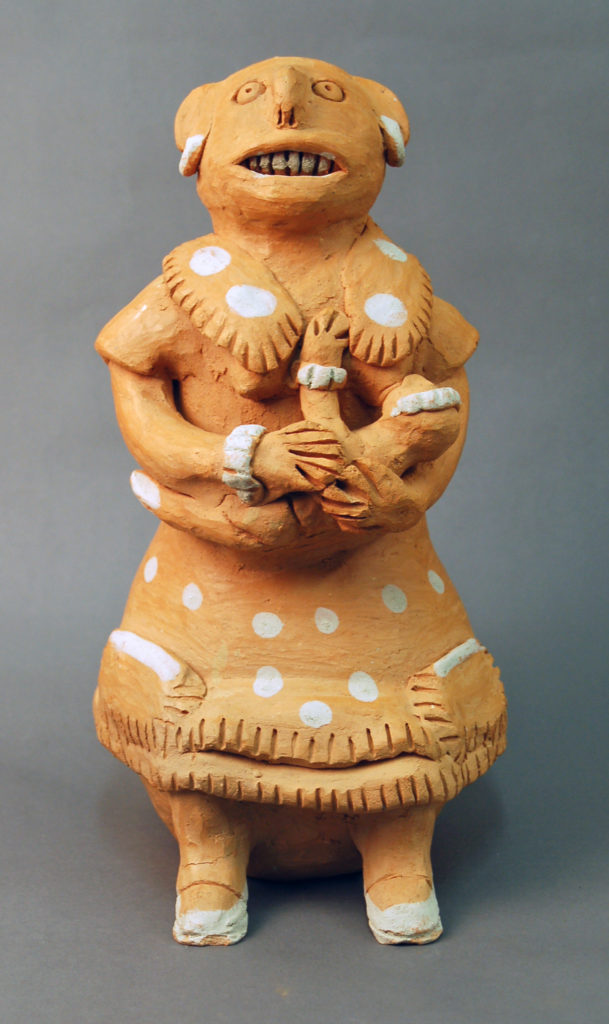 Mother figure, Brazil, 1982 © The Trustees of the British Museum

If you have never visited a museum and you are thinking about doing so then start with the British Museum. Enjoy Object Journeys Celebrating the Work of Families.