The first Object Journeys project at the British Museum has been a partnership with a core group of eight London-based Somali adults. The group is interested in Somali heritage and working with the Museum to enable greater access to its historic Somali collection.

They saw this project as an opportunity to promote and showcase aspects of Somali culture that might otherwise be unfamiliar to the public. Through new and existing partnerships the project has also been working in a lighter-touch way with wider members of the London Somali community.

Throughout the project, the core group worked collaboratively with British Museum staff to investigate and explore the Somali object collection and photography archive collection. Through research and discussion with wider members of the London Somali community the group decided on a theme they felt would highlight an important element of Somali culture, chose a selection of objects and worked together to interpret these objects in a display in the British Museum’s Wellcome Trust Gallery (Room 24). The group is also working with the Museum to co-curate a season of Somali cultural themed events for Museum visitors. 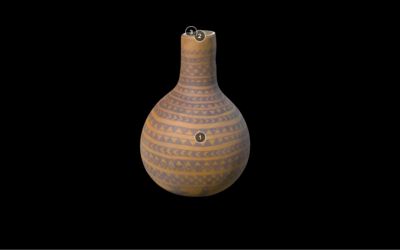 Somali water vessel or Ubo made out of a gourd, a dried large fruit with a hard skin. 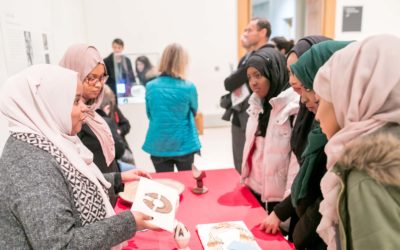 The first Object Journeys project at the British Museum has been a partnership with a core group of ten London-based Somali adults. Working with the Museum from November 2015 the group meet frequently to explore and research the Museums Somali collection of objects and to work with the Museum to produce a new display case and an ongoing programme of events.