The Somali Ornament: How it ended its journey at the British Museum in London
by Abukar Elmi 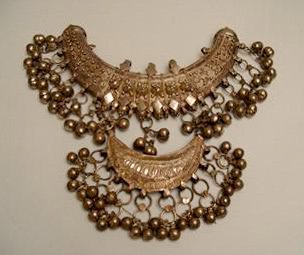 British Museum: Somali Breast Ornament
Woman’s (breast) ornament made of silver in the form of two crescents, one above the other, linked with chains and decorated with silver filigree, chains and bells. © Trustees of the British Museum

After first seeing this Silver Breast Ornament it quickly became one of my favourite objects in the British Museum’s Somali collection. The unique design and craftsmanship really grabs the attention of anyone who happens to come across it.

This journey of this particular object begins in the Somali region, which geographically sits at an important crossroad. Its strategically located at the gates of the Red Sea between the Middle East and East Africa, and has historically always been an important hub for trade. Being the most eastern point on the African continent, for centuries the region was a stopping point for merchants involved in the Indian Ocean trade routes. This exchange in trade and culture certainly reflects in objects such as this Ornament which has elements of Persian/Arabic design.

The Silver Breast Ornament was first purchased by Lieutenant Colonel P E Allden. There isn’t much information available on Allden’s personal life; however, we do know that he was part of the Camel Corps under the command of General Hasting Lionel Ismay and Lieutenant Colonel Eric Charles Wilson. This was at the height of the British Empire’s expansion and Allden found himself caught up in the middle of an extremely militarised Britain. The Camel Corp was a unit of the British Army whose main purpose was to re-assert control and stability to the nomadic areas in British Somaliland. 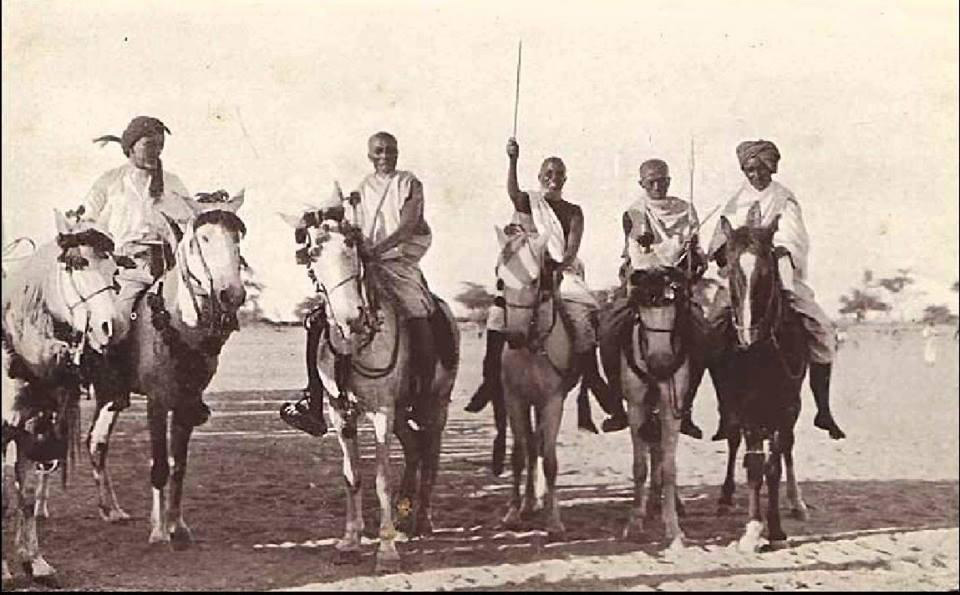 This particular story begins in 1885; the Berlin Conference had set the stage for the partition of Africa which would later be more infamously known as the ‘Scramble for Africa’. Three years after the conference in 1888 a series of treaties were signed with Somali and Omani sultanates. After these treaties the region was split into three geographical areas, French Somaliland, Italian Somaliland and British Somaliland (Jardine, 1923). By 1899 Muhammad Abdullah Hassan had already begun his campaign against all imperial activity in the Somali regions. In response to the threat from Muhammad Abdullah Hassan and his followers, the Camel Corp was established which General Allden would later be a part of. 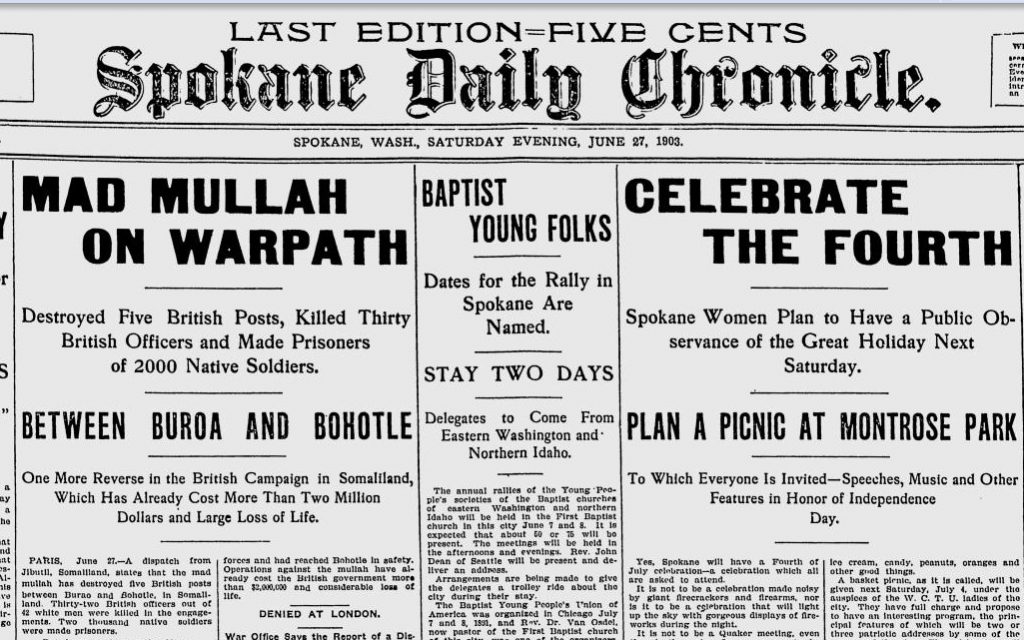 Gerald Hanley, a novelist and travel writer was stationed in British Somaliland for many years; it was an experience that provided the basis for his book titled Warriors and Strangers, published in 1971. In the following excerpt his almost anthropologic description gives us an understanding of how Europeans perceived Somalis at the turn of the 20th century.

Gerald Hanley stated: ‘I knew an Italian priest who had spent over thirty years among the Somalis and he made two converts, and it amazed me that he even got those two.  You think that way because the Somalis bitterly resent the white man, and struggle continually and admirably by lies, and intrigue to fight off his influence which spells the end of their peculiar world.  They have no inferiority complexes, no wide-eyed worship of the white man’s ways and no fear of him, or of his guns or his official’s anger. They are a race to be admired if hard to love.’ (Hanley 1971:82). 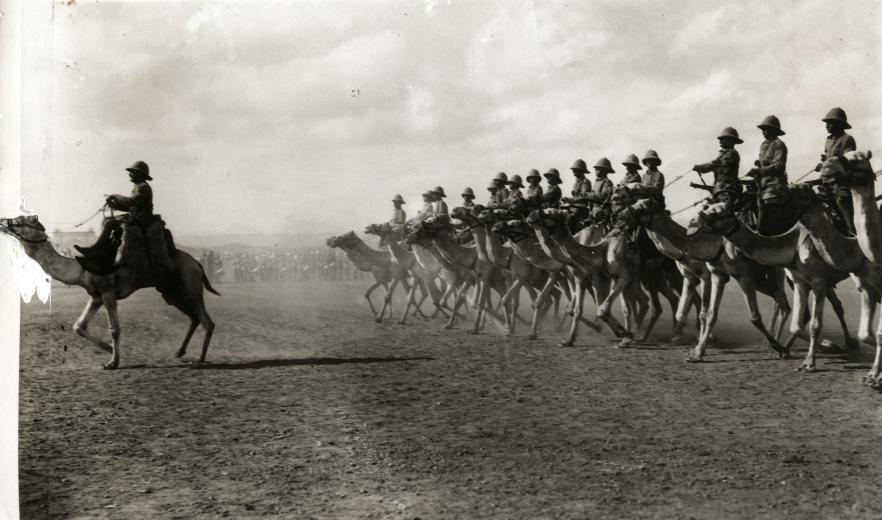 The Dervish State was a state that was founded in 1897 by Mohammed Abdullah Hassan and he was considered a Sayyid (spiritual leader) by his Somali followers. Years earlier, after completing the Hajj he returned to the port city of Berbera only to be greeted by colonial officials demanding from him an entry card to come back into his own country. Mohammed Abdullah Hassan was so angered by this that he pushed one of the officials and set off for the countryside. In 1899 the Sayyid wrote a letter to the British challenging their very presence. The Sayyid said: “Now choose for yourselves, if you want war, we accept it; but if you want peace, you must pay us a protective tax.” (Samatar, 1923:14) The Sayyid was hence dubbed the ‘Mad Mullah’ by the British officials for in their imperialist minds his dismissal and refusal to obey British colonial authority confirmed his ‘madness’.  As relations began to deteriorate, the British officially declared war on the Dervishes referring to them as ‘rebels of the Empire’. As a prolific poet and speaker the Sayyid was able to encourage many to join his cause in fighting imperialism.

The Dervishes made headlines in the region following several ambushes and encounters with the British Camel Corps. In 1913 frustrated by the situation Captain Richard Corfield disobeyed orders and lead an attack against the Dervishes. Captain Corfield was killed in this battle and his forces were either also killed or imprisoned (Jardine, 1923). This incident would go down in Somali folklore as the dagaalki koofil (the battle of Corfield). The Dervish victory was a moral boost and the Sayyid composed a famous poem to commemorate the victory. This gained the Dervish movement a lot of popularity among Somali clans. The Sayyid’s victory poem was a declaration; ‘You have died Oh Corfield and are no longer in this world, a merciless journey was your fate, it that other world, tell your companions how God tried you and tell them how the dervishes came into battle like thunderbolts of a storm rumbling and roaring’ (Samatar, 1982:16).

During the First World War attention from the Somali regions shifted towards Europe and this gave the Sayyid’s movement time to reorganise and regroup. The Dervish state was officially recognised as an ally by both the Germany and the Ottoman Empire both considered enemy states by the British at the time. Throughout the First World War it was successful in remaining the only independent Muslim state on the African continent. In 1918, the British founded the Royal Air Force – and this would eventually prove catastrophic for the Dervishes. In 1920, the RAF bombed the Dervish Capital in Taleeh (Jardine, 1923). It is widely considered as one of the first aerial bombardment missions conducted in Africa. After leading the resistance that kept the British Empire at bay for almost 21 years, the Dervish state finally collapsed in 1920.

There is a Somali proverb that says: A snake-bite received at the age of six kills you at the age of sixty (i.e evil lingers for a long time). Evil certainly has lingered as more than hundred years have passed but the region is still plagued by violence. The significant and dramatic history of this object and its original owner are in stark contrast to its elegance and beauty. Although it is a very beautiful object to look at, its history and journey also shows us the tragedy of war.